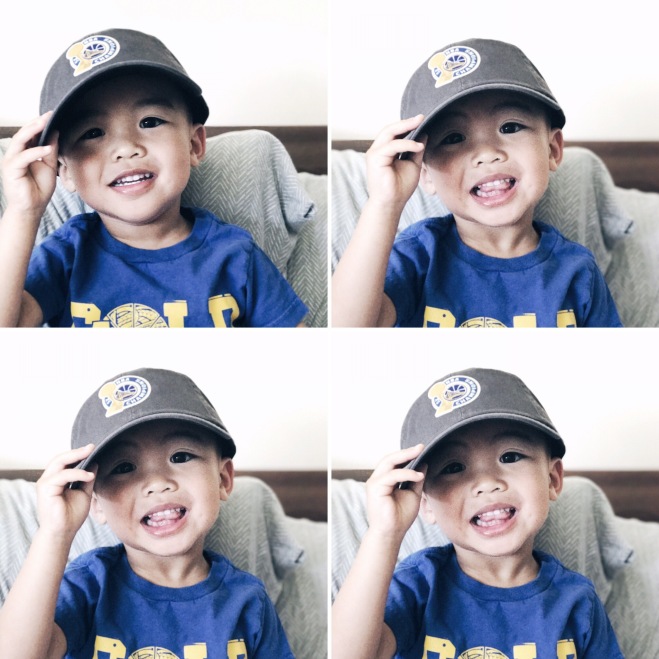 My son’s debut on DatuKnows! Everyone, meet Everest!

END_OF_DOCUMENT_TOKEN_TO_BE_REPLACED

Before the Finals started, I originally said, “Warriors finish it in Game 5.” Then, they began to sweep each playoff series. Once again, talks of reaching a record began to emerge.

But I don’t give a damn about all-time records. Just show me the ring.

I said that last year when they reached 73 wins in the regular season, and lost it all against the Cavaliers in Game 7, with the final score 93-89. And I’m saying it again, this year. Now that the Warriors finally took an ‘L’ during the post season, we can all just keep our heads in the game.

END_OF_DOCUMENT_TOKEN_TO_BE_REPLACED

Two birds with one stone.

For the sake of #ThrowbackThursday and Thursday Night Football, I decided to post some pictures from Week 1.

Long story short: It was the first game of the season. It was the final home opener for Candlestick Park. It was also a game that the 49ers actually won. I said this after the loss against the Colts, and I’m going to say it again. “It’s going to be a long season.”

END_OF_DOCUMENT_TOKEN_TO_BE_REPLACED

How do you tailgate when you’re rushing to Candlestick Park from work, with no time to spare? You order take-out food and get rid of the grill, of course!

This game didn’t land on a Sunday.

Weekday games are always fun. Maybe it’s the idea of playing hooky or leaving work early that makes them more exciting. Maybe it’s the lights that shine at night throughout the stadium and the even colder breeze from the bay. Or maybe it’s prime time football at it’s finest.

Whatever it is, night games are intense and we were there!

END_OF_DOCUMENT_TOKEN_TO_BE_REPLACED 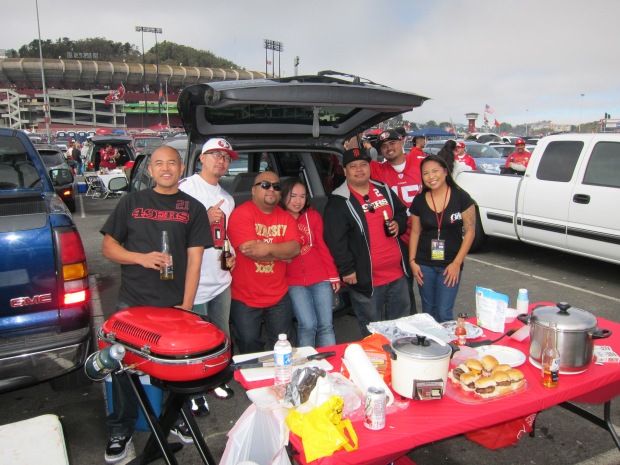 Here it is! My contribution to Throwback Thursday. Here’s where I left off:

END_OF_DOCUMENT_TOKEN_TO_BE_REPLACED

Here is a video of Devin’s highlights from this past Winter 2013 season with the San Jose Seahawks. Make sure to watch the clip at the very end to see his touchdown that he made on his sixth birthday back in 2009!

Football doesn’t end after the Superbowl. For me and my boyfriend, it’s something we enjoy the entire 365 days in a year.

We are so proud of Devin and his accomplishments.

END_OF_DOCUMENT_TOKEN_TO_BE_REPLACED 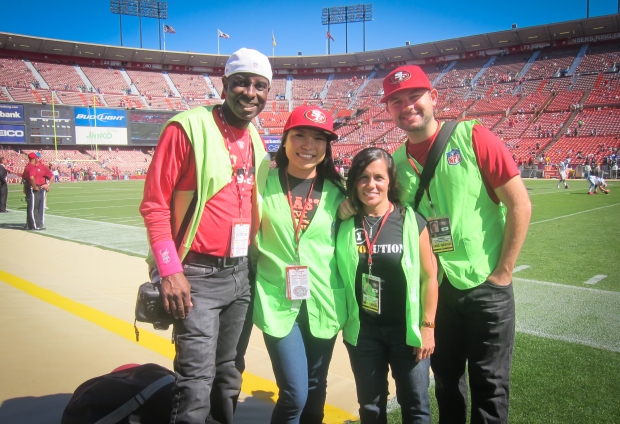 Keeping my posts in chronological order…

This was the first game in October for the San Francisco 49ers, and just like the rest of the other teams in the NFL, there were pops of bright pink throughout the stadium in honor of Breast Cancer Awareness month.

It may have been another day on the job, but I definitely enjoyed the beautiful scenery.

END_OF_DOCUMENT_TOKEN_TO_BE_REPLACED 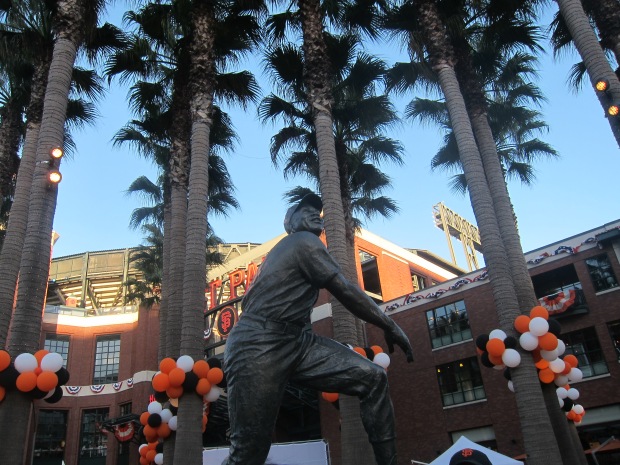 I’ve been M.I.A. for far too long! So from now on, I will post photo diaries & tailgate pictures during every “Throwback Thursday” or “Flashback Friday” of the weeks to come until I catch up to present day.

What’s the point? Well, my OCD won’t allow me NOT to post these pictures up and I wouldn’t want you all thinking I’ve been slacking as a sports fan!

So reminisce with me & enjoy!

END_OF_DOCUMENT_TOKEN_TO_BE_REPLACED

With back-to-back San Francisco 49ers home games this entire month, expect tons of pictures coming your way on my blog!

My long-time friend, Justin, only wanted three things for his birthday: family, friends, and 49ers football. Everyone came together to give him exactly what he wanted. We had a big group with us, celebrating at the birthday boy’s tailgate. Good food and great company. Fun, fun, fun!

So prepare to keep scrolling down the page, because I got a lot of pictures up on this one. A LOT! Enjoy!

END_OF_DOCUMENT_TOKEN_TO_BE_REPLACED

On our way to AT&T Park for another date night!

This timing of this post depended on the outcome of today’s game. I was either going to “take my time” or blog as soon as possible after Game 3.

So now that this is obviously up on the same day, we all know who won! Giants baby!! I’m ready for more torture!

And as the motto “One game at a time” rings in every Giants fans’ ears, let me take you all back to the game that brought us here in the first place…